Even the most darling rose

is a work in progress.

that she will show you the way

I see nothing but darling

For the aches are there

rocket to the sky

on wings of their own.

Is this not heaven where I lie?

of some other day

The flowers opened with the rooster’s crow and closed as the sun went down. Everyone called them weeds, and that’s what they were if you were someone other than me.

Whatever their name, they woke and fell asleep with the sun, like us, and that was just so beautiful to me.

I’ve lived in several houses where this sort of ‘weed’ rose upon the front lawn like a problem to be dealt with, and though the grass was neater upon their official doom…it was never quite the same. Never as alive. Never as lovely, such is the vibrance of dynamic life.

And so it was that I loved that lawn much more when the weeds were alive.

Because Shakespeare was right.

A rose by any other name would smell as sweet.

Here on this hillside,

this sweet patch of earth,

And there is no further to go,

there are no wings to grow,

I have lived on this earth with them,

but not apart of them.

It is a story I have not written.

would not write a story such as this.

I am them and they are me,

and yet there is a silence so loud in the air

that feeds on my soul,

and asks me to learn to be happy

despite of it all.

and I see they would love

if they would stop

There is a beautiful fire in the belly of them.

meant for the rising of their beautiful day.

But they use it to fight.

To stay lost in childhood gone by

and I resist it.

I resist the binds their stories have gathered,

knowing I am not a story of shame, fear, or hate.

I try to hold them, I try to wait.

to fall into the ocean of it all

that I am just one of many waves

surging differently to the rest.

that good and lovely girl in a box,

Now that this body is alive

with the energy of all of life,

but I believe the opposite of this, too.

I love you desperately,

I hate you just as achingly.

Both can exist within, but how?

I am bursting fire,

I am calm ocean blue.

For one small me,

these feelings are large.

Too large for me to carry

I’ve been getting to know myself through music again.

I wanted to go a little further into this idea because not only does music tell familiar stories and remind me of people and places…it also becomes me. As in: I embody it. This is the most magical phenomenon I have ever known.

I read a theory, once, where it was said that the mirror neurons of the brain are somehow responsible for this sort of mega feeling capability, and I only wish there were enough hours in the day for me to truly explore, and come to an understanding of, it all. I wish more people talked about their subjective feeling experiences so we could all pool our individual authentic truths and perhaps come up with a better, more holistic understanding of the nature of reality. Maybe one day people will open up fully to each other, even about the stranger things in life. Maybe.

The other day I was driving along listening to a song where the singer was expressing a feeling of complete and utter freedom; a gorgeous energy that felt fun, wild, curious and sexy all at the same time. What a beautiful feeling it was as it surged through my body. I was alive.

While listening to this particular song, I recognised the essence of the singer as seperate to my own, and yet…her feelings had become me. I was feeling her freedom within my body. I was feeling her cheekiness and sass. It was as if I was her.

What-on-earth. If nothing else, I came away from the song understanding that this was clearly an energy in my life I am needing to explore. But on a more out there note, I had to wonder. What might humans truly be capable of if we removed the stigma and shame attached to the more, umm, left of centre traits of human nature?

We haven’t even begun to seriously discuss this sort of phenomena without attaching it to the words ‘disorder’ or ‘disease’. What if…we changed our story? What if we framed high sensitivity in humans as exactly what it is: high sensitivity in humans. Nothing more. Nothing less. I think you could guarantee that far less of us would suffer from the anxiety that naturally arises from being perceived as different. Or, worse, broken.

I suppose I know the problem in a nutshell. You only need to look at events where the human ego has completely rejected any sort of difference perceived as weird or threatening in any way. In 1692, for instance, hysteria swept through an entire town in the U.S.A and condemned many women (women who, by the way, very likely perceived themselves as normal) to death if they were discovered to be witches. These women were probably just highly sensitive women, who very likely had been born a little different to the rest…and yet.

So it’s not surprising to me, then, that humanity has taken quite a long time to truly own the more eclectic parts of ourselves. No one wants to be kicked out of the pack. No one wants to stray too far from safe and secure. You know. Just in case. (Cough: no one has been burnt at the stake for quite a while now.)

Perhaps I am different, but really, who isn’t? We are all unique in our own way, and I believe with just a few tweaks in perspective (for instance, we might do well to dismantle the damaging cultural narratives that seperate people) humanity might be onto something really very special.

It’s funny. To think of the damage caused by cultural norms and stereotypes.

Of course, there are the absolutely beautiful cultural narratives out there. Those that cherish and honour human life by holding it, by respecting it so beautifully that even the hardest of hearts must surely be touched by the story of it all.

I heard a story as beautiful, just the other day. My counsellor told it to me: how, in her culture, when a woman becomes pregnant, she becomes the queen. The whole tribe lavish her with love, care, and most importantly, perhaps…food.

This discussion came about after a lovely tender moment where she looked over at me, my bulging belly sweetly growing a perfect little gift, and offered to bake me something lovely to celebrate the occasion (that’s right, surprise, I’m fourteen weeks pregnant. And how lovely it is, to me. How lovely it is. xx)

But, I digress. Because although there are some absolutely beautiful cultural stories passed on by certain cultures in the world, other cultures do not even realise their own toxicity. (And when I say toxicity, what I mean is…truly, their cultural ideas are heartbreaking and damaging to individuals who do not fit into the selected story being told.)

There are some absolutely wonderful things to be said about the culture I was born into. But one arm of the narrative, an arm that destroyed any hope of me developing healthy self-esteem in my early years, was the idea that vulnerability and softness were somehow character flaws. I was mostly soft.

As it turns out, this soft part of me, this sensitivity, is my super power; a power that helps me soothe, and bring safety to those who need it. A power that helps me tap into the world of everything and nothing, and pull down the words and creativity needed for my writing to touch people in the way that it seems to.

But my culture called me ‘soft’. It told me to ‘harden up’, and it assumed that If I didn’t…then surely I must be broken, at worst. Naive at best. Never have I been these labels.

And if you are a deep and tender heart resonating with these words…never have you been these labels, either.

Just the way we are.

Think of the trillions of flowers, plants and trees out there. Some are soft. Some are hard, shrubs built to last in the wind and rain and hail. None of them judge each other for being ‘wrong’ in anyway. They simply exist.

They didn’t understand her,

but they allowed her

Sun fell upon the rocky shore, gazing at the children that played by the rock pools.

Some of the children splashed.

Some worked quietly together, laying stone upon stone until they’d made a grand and sparkling tower.

Other children jumped star shaped into the ocean, not a care in the world, not an opportunity missed.

Sun shone upon them all.

Never once wondering which was worthy of day shine.

Never once seeing their differences as faults.

The children looked at each other just the way sun did.

And then they grew up.

Until they remembered again. 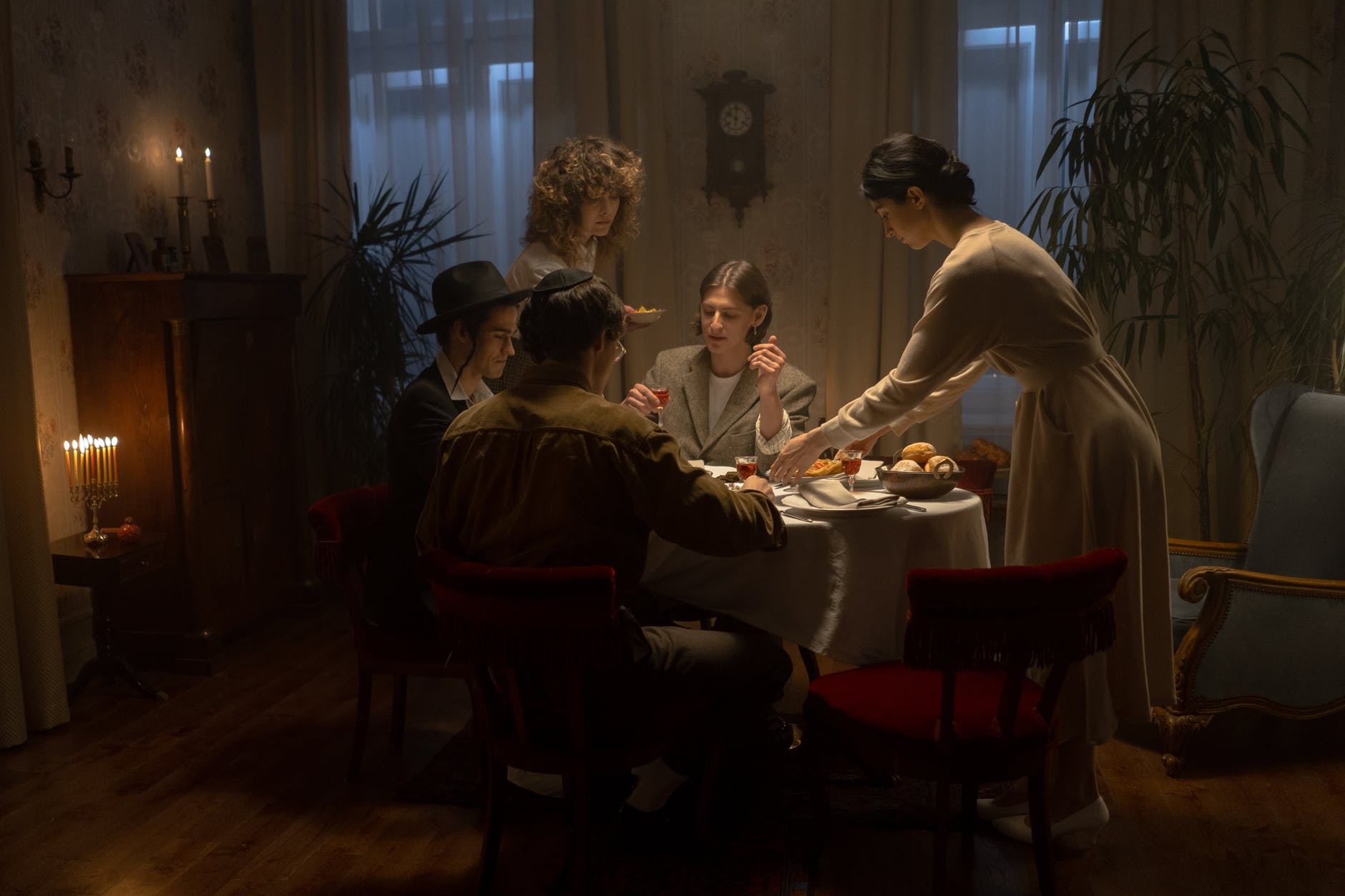