I’ve just had the most soul shining few hours.

First: meditation. The deepest pains of the past rising to the surface, drawing all of my softness to me. An exploration of times where my life showed me the absolute worst of humanity. The true aches of life.

Second: I randomly found myself scrolling through old photos on my computer. Photos of the most beautiful moments life has ever given me. Reminders of the whole hearted joy I’ve been privileged to have experienced in this life of mine.

Do you think this turn of events was an accident?

Do you think my two seperate adventures through memories gone by was an accident?

I don’t. I think it was meant to be. The whole picture in view for me to see, back to back.

All of it perfect, just the way it was.

I’ve always been aware of the mysterious force just underneath the surface of life. I’ve never called it God. Sometimes called it fate. But, either way, always its been there, every so often offering up a situation or life lesson that I truly couldn’t explain in any sort of logical terms at all.

In my early twenties, acting was the creative force that lit my soul on fire. I was seventeen when I did my first amateur play: a fun pantomime, which I’ll always remember so fondly for both the acting experience, but also the experience of being a part of a family that wasn’t my own.

That experience was just a tasting platter to the acting adventures to come. Years later, when I was twenty, I auditioned for the role of Abigail in an amateur theatre production of The Crucible. The character was the total opposite of the way I perceived myself. She was wild, I was timid. She was daring, I was meek. She was sexy and vivacious, I was…absolutely not.

And yet when I took to that stage, there was nothing left of me. Just the shell that used to be me and a wide open storm bursting onto the stage, rising from the depths of my soul. It changed my life, that show. It gave me validation that there was something truly extraordinary about the human condition. That we could embody lives and situations that didn’t even belong to us, and with such authenticity that it really made me wonder: what on earth is this life?

But this show never would have happened had life swung the way I’d wanted it to. Some months before being cast for The Crucible, I had applied for one of Australia’s best acting schools. I didn’t get in. Devastation. I’d dreamed of going to acting school since falling in love with theatre in my high school theatre class, and there really didn’t seem to be any other pathway calling my name.

When the rejection letter came it stung, and it left me wondering: what now? All my eggs had been in in that basket, and now I had no eggs left at all. I didn’t want any other eggs. I just wanted those eggs.

Then I auditioned for The Crucible. I’d done the play in high-school but had played a supporting character and I wanted to see what it might be like to play a bigger part. So I auditioned for the main role. And got it.

The show was cast in two teams, which was highly unusual for an amateur production. Two girls were chosen to play each of the younger main characters (kind of so we’d each have an understudy) and, come showtime, we’d alternate performance nights.The performance schedule was a huge undertaking — much bigger than I’d ever taken on before, so a day off here and there sounded like a lovely idea to me. My days off would be spent playing a voiceless, nameless member of the cast. I was happy with that.

Over time, the disappointment of being rejected from acting school disappeared. I’m not sure where in the rehearsal process for The Crucible I realised I was apart of something profound, but it was certainly clear by the time we put our books down (which means: by the time we’d learned our lines). I was more alive in Abigail’s skin than I had ever been in my own, and I never would have known this truly extraordinary sensation had I gotten what I had thought I truly wanted. A place in acting school.

Whatever the mystical force is that drives life beyond the surface: it had done its bit, I knew it had. Several times I thought it. Had I gotten into that school…I wouldn’t be here.

What if. What if.

The miracle of it all turned out to be far bigger than I’d imagined. Partway through the run of shows…I lost my voice. Perhaps because there was a great deal of screaming involved in the production, I’ll never know, but it happened and all I could do was accept it. I wouldn’t be performing the rest of the season.

Of course I was devastated, but more than anything, I was flabbergasted, and I think the rest of the cast was also. What would we have done if not for the directors choice to cast and train two actresses in my role (and remember I said this was a highly unusual choice for an amateur show. What on earth were the chances of this happening? My goodness. The magic of it all thrills me, to this day.)

By the time the show had wrapped and the after party rolled around, I had adjusted to the disappointment and was happy to remember the magic that had already taken place within me. I didn’t need to perform the show more than I had, to see how it had changed my life.

And if I’d had a voice at the after party, you never do know what might have come of my life from that day on. Because it was at that party where I met the man who went on to become my lover and friend for the next three years of my life. It’s a bit of a giggle to think what might have happened…had I spent that first evening talking his head off.

I just watched Lord of the rings, again;

I’m certain I’ve missed my calling as an Elf.

I’m certain I’ve missed my calling as an Elf.

I would be a pizza eating fairy.

Just because I could.

Some days I miss you.

Just because I do.

But also because I have loved you to the Milky Way and back again, all these human days of deep and wild and free.

Two souls searching for each other in the air between it all, longing for something more than everything.

Do you remember? Catching each other’s every word, every song, every moment as though we’d just caught a star?

Some people call it love, the wind that we became, but not us. We called it magic. Love never did seem to paint the light and shade of us quite the way we were.

And so some days I miss you.

I think there will always be days that I miss you.

Life is the magic you make it.

When I was a princess,

was to be a girl. 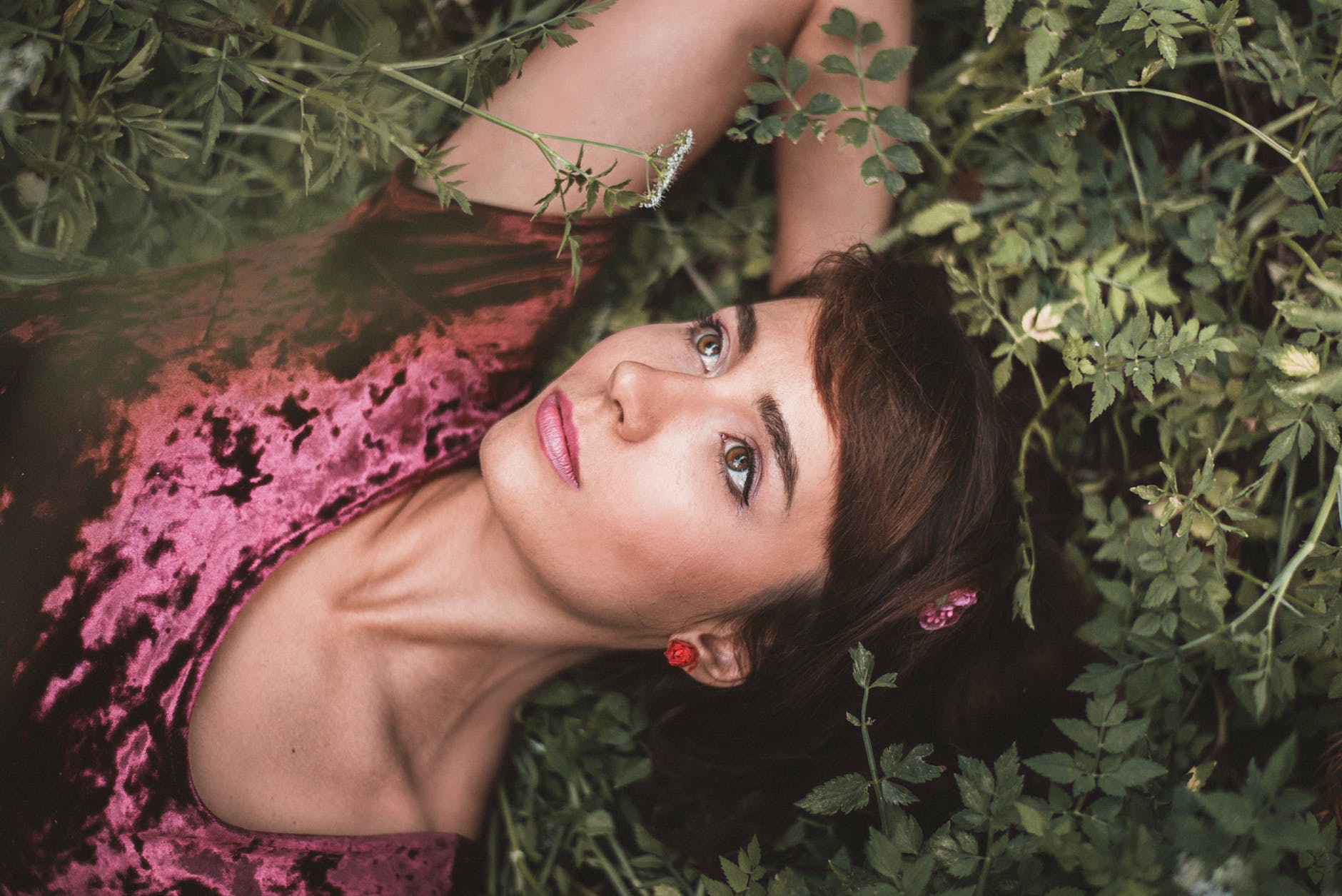 Have I told you about the B tree? The time my intuition asked me to take a seat among a forest full of trees, and there, etched into the tree I’d sat beside was the letter ‘B’?

B for Brooke. In a forest full of trees, have I told you that story?

Have I told you the story of how, about three weeks later, I found myself back in the forest? I’d forgotten all about the B tree. Well, at least I’d forgotten where exactly it was. In that forest full of trees. And yet, there I found myself, once again, sitting beside that very tree. The B tree. Quite a magical accident, wouldn’t you say?

A magical accident that happened twice.

A similar moment of magic happened tonight, and although I shouldn’t be surprised by the wonder the universe continues to gift me, I am. I really truly am. Because how can such magic be, and also be so constantly missed by too many of us, far too often? Because of all the busy things. Because of all the noise.

Tonight there was no noise as I walked. It was twilight. The stars were out and the sky was darkening, but not black. It had been a bit of a sad day for me, as you might imagine— an emotion processing day, and so it seemed a natural thing to get out with my trees and walk it away.

Twice I felt the urge to sit on the patch of grass beside me, and twice I rejected the idea as ridiculous given the darkness arriving on my side of the Earth. That’s when I remembered the B tree.

It had been a very subtle urge that had made me go and sit beside the B tree, a very subtle urge just like this one. Was this the universe calling again? Was this a gentle nudge from the Soft Girl, asking me to melt into the stars for a little while?

I didn’t need to wait for an answer. I just sat. And thank goodness I did: I’d have missed it had I kept walking.

I’d have missed it racing towards the Earth in a burst so bright it could have been an asteroid or a falling planet. I couldn’t quite believe it (and what that looked like was me blubbering and smiling, looking around wondering if there was anyone there to see it.)

I don’t know how that kind of magic happens, but I seem to be on a journey that’ll take me a little closer to finding out. And if I never do find out where that kind of magic comes from… at least I kept my eyes open long enough to see it.

My goodness. It’s times like these where I think: what a life I will have lived by the end.

I announce to the world:

I am ready for my miracle.